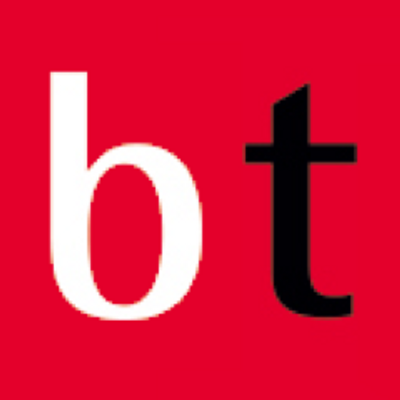 Notwithstanding competition, the Internet and thinning margins, travel agencies in Oman are a long way from being relegated to the status of relics

The concept of travel agencies, such an important facet of tourism industry, has been confined to the history books in much of the advanced economies thanks to the advent of the Internet and the consequent proliferation of online booking sites like expedia.com, travelocity.com, lastminutefare.com and many others.
But unlike the West, travel agencies in Oman are not relics of the past, but a very happening business. There are several reasons for this. Online penetration as a percentage of the population is extremely low in the sultanate and is confined to urban areas like Muscat. Besides, a big chunk of expatriate workforce consists of labourers from the sub-continent who depend on travel agents or their sponsors for their ticket requirements.
The number of passengers using Seeb International Airport has witnessed a quantum jump. It is believed that an additional 100,000 people have entered the country over the last 12 to 14 months. Much of that increase in workforce is to build the multibillion-dollar projects that are taking shape all over the country. Petrochemical and manufacturing plants in Sohar; integrated tourism projects like the Blue City in Al Sawadi and the Jebel Sifah in Muscat as well as the the huge development that will take place in Duqm are examples. All these require a lot of manpower and consequently involve flying people into Oman from the sub-continent.
Says Shankar Bose, general manager, Bahwan Travel Agencies, Airline travel witnessed a boom in 2007 and has continued in the first few months of 2008. I can tell you for sure that we have seen a two-fold increase in ticket sales as compared to the same period last year."

Airlines crash into party
With airlines all over the world struggling to make profits on account of high operating costs and fierce competition from low-cost budget carriers, they are constantly looking to cut costs to stay afloat. One of the areas they have targeted is the commission paid to travel agents.
About 15 years ago, the commission paid to agents was a handsome 12 per cent and has been slowly reducing. This was then reduced to nine per cent, then five per cent and now ten carriers do not pay any commission at all. Some airlines like Etihad, Emirates and Indian continue to pay a five per cent commission fee. Says Dinesh Poojary, business development manager, Eihab Travels, "Commission is basically gone from most international airlines. We depend on the volume of our sales for commission."

Bose adds that travel agents now make money by charging a service fee from the consumer. The matrix for this has been developed by a committee of airline representatives. There are various parameters, one of which includes geographical distribution broken up into segments like Europe, US, Asia-Pacific and Middle East.

Airlines also pay fixed fees on different ticket classes. For instance, it could be as high as RO40 for a first class ticket to RO10 for an economy class ticket.
Since this payment mechanism was introduced, income has reduced drastically. Airlines have introduced payment-linked bonuses and these depend on travel agents producing certain thresholds of business. And every year the bar is lifted a little higher.
Airlines are also in direct competition with the travel companies. For an airline, agents are a cost and if it can bypass them substantial savings can be ensured. "Airlines are encouraging consumers to book on their website. For them it's an investment that will pay at some point pay off in the future. Airline country managers are getting incentives to wean away customers from agents. Airlines are also spending heavily on marketing like newsletters, loyalty programmes and bargain deals on tickets. And they are doing it constantly," says Bose.

Discounts and service
There is fierce competition in the market. Sources say that cash discounts are highly prevalent among smaller players and some not-so discreet players also part with some of their assumed future earnings.
Then there is the entry of overseas players following the signing of the WTO agreement. Regional heavyweights like Bahrain-based Kanoo Travels and UAE-based Saraf Travels have created a stir in the market. Dubai-based Dnata has taken over OUA Travels. Says K G Shekar, travel manager, BCD Travel, "Competition forces you to offer better service. In such a market, the level of service will be the key differentiator. Travel agencies will have to come up with specialised services based on client requirements." One of the reasons why travel agents continue to thrive is because of the credit facility offered to customers. Bose says the average outstanding payment is about 100 days and this plays a major part in their survival.
Nazareth Fernandes, manager - Travel at Zahara Travel and Tours attributes their strong performance to corporate customers. "We offer clients a single point of contact and, of course, we have the best pricing. Otherwise clients would have to go to ten different airline websites, which are not always up-to-date with information. Small-time agents have fallen because airlines have removed incentives but big companies like Zahara, which charge for services, will always remain because of large corporate clients. We are an American Express representative dealing with global clients like Morgan Stanley and Goldman Sachs. There's no threat from the Internet."

Net travel
Travellers are on the leading edge of technology adoption. Having control over making travel arrangements is very important, and the web plays well into that. Does this mean that travel agents everywhere should quit their jobs and brush up on HTML? A study in the US shows consumers will only book a certain amount of the trip online. If things get complicated, they want to speak to someone. Plus, booking online can actually cost more than booking through a travel agency. A 2005 study conducted by Topaz International found that a particular business itinerary cost, on average, US$80 more when booked online than when booked using a corporate travel agency.
Shekar says online travel bookings are unlikely to take off anytime soon. "I don't see it happening in the next five years. Perhaps in ten years' time, this is a possibility. Besides we have a huge amount of business from the interiors where Internet access is limited. Another important factor is that a major part of the business comes from the sub-continent, most of which comprises the labour force." Eihab Travels' Poojary too is quite confident about the continuing popularity of travel agents. "People are less computer literate here, and also anything done on the Internet is not 100 per cent guaranteed - a hotel room might be smaller in real life than it looks online, for example. You cannot fight with a machine. People have experienced these problems so they prefer to rely on travel agents." Another disadvantage of booking online is that in many cases customers cannot change the date of travel and refunds are not possible. There are also hidden charges in many cases.
This is where the service aspect becomes the key differentiator, believes Shekar. "Imagine getting stuck at an airport when a flight is cancelled. Had you booked with a travel agent, they would provide backup support by issuing you a new ticket or guide you through flexible travel options that will allow you to continue your journey without much trouble.
Observers say another reason for Internet travel not taking off is the lack of penetration of credit cards. Being a predominantly cash-only market, there are few takers for online bookings. Besides, people are scared to pay for goods and services online for fear of fraud and identity theft which are two major problems in emerging countries. In fact, the Central Bank of Oman is yet to authorise online purchases using credit cards for goods and services rendered in Oman. It is believed that the apex bank is working on the legal framework and other issues to make e-transactions possible. But the question remains how soon.