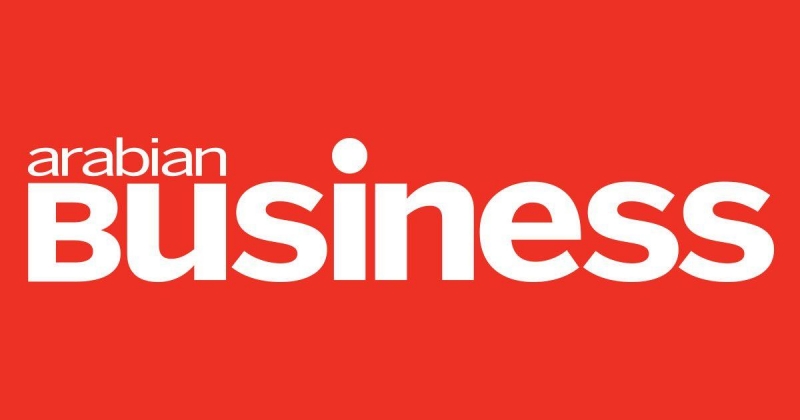 A zero commission environment has existed in the US and UK for some time now, but many agencies in the Middle East still rely on regional carriers paying them 7% commission on airfare bookings.

However, at a time when more carriers are taking the zero commission approach and customers can easily access competitively-priced airfares through internet search engines like Orbitz and Expedia, or guaranteed best rates on airline websites, it's high time all agencies started preparing to switch their business from a commission-based to a service fee-based structure.

"In a previous era, travel agents were extremely useful because they had the information systems that allowed them to easily track all the different airlines," explained V. Jayaram general manager at Dubai-based Sharaf Travel.

"Even into the 1990s, travel agents could make money as mere portals to GDS networks, which were the only way to quickly compare fares on several different airlines. But the internet changed all that. Online travel agents provide free portals to GDS systems, and independent travelers can now compare airlines' own deals in a few clicks."

Until the mid-1990s, airlines paid up to 10% of the value of the ticket in commission to agencies for each ticket sold and selling air tickets was a guaranteed revenue-earner.

It used to be common practice for agencies to discount fares - effectively giving away their commission in order to guarantee a customer would not go next door to a rival agency - but many markets including Bahrain, Qatar and Abu Dhabi have placed a ban on this practice, implementing strict 0% discount policies. Agents found breaking the rules can - and should - be fined.

Yet there is overwhelming evidence to suggest that this practice continues, giving some smaller agencies a competitive edge when catering to the cost-conscious segment of the leisure market.

But customers are becoming more savvy; if they still opt to book their travel through an agency rather then online, the chances are that it is because they want to be guaranteed good service, meaning that they are unlikely to opt for a small agency that is willing to compromise its own profitability just to stay afloat, and probably offer an inferior service.

The time has come for all agencies to draw up a service fee strategy, whether a fixed 7% fee to replace the lost commission - like in Bahrain - or a transaction-based fee according to the services the client requires.

Many corporate-bent travel agencies, particularly travel management companies (TMCs), have already started to implement such practices and many opt for a management fee when catering to large blue-chip clients.

But not every travel agent can see the light at the end of the tunnel in terms of the profit earning opportunities that a zero commission environment can generate.

"Like any new initiative there will always be initial apprehension until everybody is familiarised with the new modus operandi," explained Mark Turner, manager of airline affairs, Dnata.

"Zero percent commission is already working worldwide and we are only adapting ourselves to the best global practices. I believe that we are moving towards an international approach."

What the regional airlines said:

Qatar has become the latest GCC market to bear the brunt of zero commission following the announcement by national carrier, Qatar Airways, that it will implement a zero commission policy in its home market "very soon".

Both Bahrain-based travel agents and the airline concurred that the changeover process ran smoothly because of the decision to implement a fixed 7% service charge, which agents have to calculate and add on to the net cost of a ticket.

Meanwhile the UAE's full service carriers, Emirates Airlines and Etihad Airways continue to pay agents commission and both have said that they will continue to do so in the immediate future.

"Emirates believes travel agents are important partners and allies and it values their business," an Emirates spokesperson told ATN.

"While most airlines have taken steps to reduce or remove commissions, Emirates has demonstrated its commitment to the trade by ensuring that rates remain competitive and travel agents continue to earn substantial commission payments when selling its tickets."

Likewise, the UAE flag carrier Etihad Airways has made paying agents 7% commission one of its "main objectives" since launching its operations four years ago, according to executive vice president sales and services, Geert Boven.

"We think they do a great job at promoting and selling us and we think that commission is one of the best tools to use to reward them."

Boven noted that the mechanics of European markets were different, with more people booking flights online than in the GCC. This made ditching commissions an affordable proposition for carriers operating out of these markets, he explained.

"This will happen here eventually," he said. "Things will change in the future as we see more customers going directly to the web and to our own offices.

"But clearly, here in the UAE, we will not abolish the commission as long as our competitors pay commission. We have to be on a level playing field."

What the agents said:

N.M Shafiq, operations manager, Regency Travel, Qatar:I think it's a fantastic idea. We can make a lot more money this way. It will also mean that a lot of unprofessional companies will go out of the window and the quality of agents overall will improve. We will be able to concentrate on our incremental business.

There are a lot of good opportunities. We already charge a management fee for a couple of transactions and services, like refunds, for example.
In Qatar there are about 117 travel agents and about 25 of them have opened in the last three months.

Every Tom, Dick and Harry is opening and eating our market share - and undercutting us. They are giving away their commissions (by discounting); some are selling the net fare and others, below the net fare.

If you provide a service, then the customer will pay. You wouldn't go to a doctor or a lawyer and expect the service for free.

Once Qatar Airways goes to zero, everyone [operating in Qatar] will go to zero, but airlines have to start charging a service fee at their sales offices to make it fair.

Anwar Abu Monassar, general manager, Net Group Abu Dhabi:In Europe the commission cuts created more problems than in the GCC just because the travel agencies failed to create a common front to react to the move.

The European issue created problems because in real terms agencies accepted the decision with criticism, but without [suggesting] an alternative.

In the GCC this did not happen, as the dialogue and meetings between the different travel associations (led by Abu Dhabi and Dubai) came to the conclusion that even if the airlines own the product, travel agencies have great influence over customer decisions.

The greatest move of UAE travel agencies was to decide [to take] a common stand to charge a legitimate service fee and to avoid contacts with, or better, set aside agencies not following the move or playing under the table.

Of course some agencies are still not following the rule completely, but we can consider the move a successful initiative.

Commission cuts are now applied by European, American and some Asian airlines, and strangely our business benefited more thanks to the common decision taken.

V. Jayaram, general manager, Sharaftravel, Dubai:When an industry's revenue base vanishes, it's time to collapse - or transform. That's the choice travel agents faced in the past couple of years when a few major airlines reduced their base commissions to zero.

As a result, agents will have to change from being commission-dependent retail clerks into service-focused professionals with knowledge that leisure and business travellers are willing to pay for.

We continue to see the share of travel sold online increasing over the past few years.

In this process of survival, the agents that survive the current shakeout period will be smarter and will probably do more business, because they'll have fewer competitors.

Agents will need to find an edge over others and specialise in exclusive areas such as providing expert advice on family travel, cruises, special interest tours etc.

We travel agents will have to provide inside information that travellers can't easily get from websites. The survivors will be there because they've figured out their market and their area of expertise.

The latest moves reflect how the airlines hold the power in today's travel industry - something that may turn against the consumer in the end. The only unambiguous winners here are the airlines.

Ismail Haqiqi, travel manager, Manama Travel Centre, Bahrain:We went to 0% in January 2007. It didn't affect us at all because we get the net rate and then we add our own 7% commission in Bahrain. The industry ruled that agents are not allowed to cut from the 7% service fee [to avoid unfair competition] but in practice some of them are doing it. If they are caught they can be fined.

It was not a big change. It's a little bit more work for the agents on the frontline - having to make the calculation before giving the passenger the price.

If it's a corporate client, we either charge a management fee or a transaction fee.

Because we have good distribution, we are very automated in terms of IT so we can provide a lot of reports for the customers and we are also involved in negotiating fares on behalf of the customer with the airline or supplier.

As long as the customer feels he is getting value for money we have not seen any resistance to paying a service. It means that the big travel company that has invested money will be able to go through it quite easily, but if you are a "mama and papa" agency you are going to have a big problem.

What has also worked in Bahrain is that they have a sort of code of conduct. It's not a cartel, but there are efforts to provide a certain standard of service. Saudi Arabia hasn't implemented 0% commission, but we expect it to eventually; maybe in one or two years, but not now.

Some of the travel agents will not really understand it - that is part of the problem - but I think the big sophisticated travel companies will.

Nazareth Fernandes, manager, business development, Zahara Travel, Oman:It would be ideal to have the [7%] commission from the airlines because it is an easy way to make our income. With service fees you get into negotiation with customers and ultimately the fee is reduced.

Customers here can't understand why we are charging them extra when we are giving them business. Obviously they don't understand the value of the service they are getting.

It is difficult to impose a service fee here because the market is not mature enough, yet if we don't impose a fee, it will never mature. We also face a lot of competition in the market. Unfortunately in Oman we don't have a very strong association - we did come up with a no-discounting policy and standardised service fee, but we know it's not holding up.

There are people who are willing to compromise on the service fee just for the heck of getting the business - that makes it difficult for the other agencies. This government believes in an open market and they don't want to impose some sort of cartel. It is hurting the industry, but that is the way that the government believes we must compete in business. 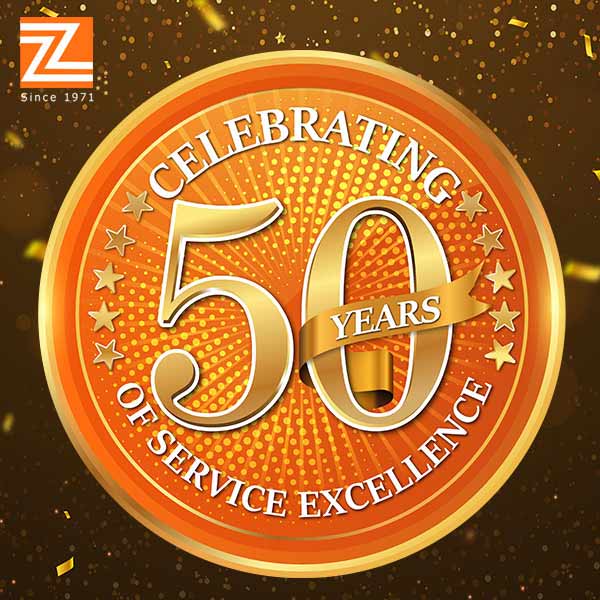