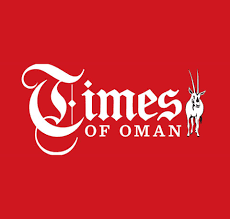 MUSCAT — The Sultanate’s tourism industry has shown resilience in the wake of the global slowdown and the flu scare, according to a Standard Chartered Bank (SCB) study.

The report says the number of tourist arrivals over the first five months rose 17.5 per cent as compared to last year. The study also reports a 3.9 per cent rise in revenue.

With its economy diversifying, the Sultanate is increasingly banking on its tourism sector. “The diversification strategy of tourism is paying off. Despite the crisis, early indicators are encouraging,” said Philippe Dauba-Pantanacce, economist, Standard Chartered Bank.

Compared to other GCC nations, Oman is ahead in terms of attracting tourists. “The arrival figures have so far been encouraging. We have managed to retain our share,” said Mahesh Ramamurthy, manager, Bahwan Tours.

“The future looks promising as there has been a rise in inquiries for travel in October to December. With Ramadan ending in third week of September, we can expect a lot of tourists by October,” he said.

The push from the government, especially the Tourism Ministry, has given the sector a boost. The government has plans to spend $17 billion, a 10 per cent increase in public spending, this year.

Close to $6 billion, including the $1.17 billion modernisation and expansion plan of Muscat Airport, had been disbursed by May, said the SCB report.

Oman Air, the national carrier, has plans to start flights to new destinations across Europe and Asia, including Paris, Frankfurt, Munich, Maldives and Colombo, this year.

While flights to Frankfurt and Munich is planned to start by end of September, the airline will add Paris, Maldives and Colombo to its global network by October, officials said.

Meanwhile, hotels in the Sultanate have registered a rise in bookings , sources said.

Two major projects, long delayed, have been completed recently. “Completion of The Wave will bring back confidence, and should also help consolidate Oman’s image as a destination of choice,” said Dauba-Pantanacce.

The Muscat Hills Golf and Country Club has opened, albeit five years late. “This milestone will help establish Oman’s image as a high-end destination.”

Oman’s tourist-friendliness attracts travellers, officials at Dertour, one of Germany’s largest tour operators, said. In Oman, Dertour partners with Zahara Tours. “Despite the crisis, we are sure of a 15 per cent growth in tourism,” said Carina Baugmgarner of Dertour.

Similarly, Switzerland-based Holiday Maker Tours AG have been selling Oman as a destination for 20 years and claims to have brought in 20,000 visitors. “As demand for Oman as a tourist destination is rising, the future is positive,” said Harsh Abrol, manager, Zahara Tours.

In the last quarter of 2008, number of guests rose to 400,000 and revenue reached RO51 million at all hotels in the Sultanate, Ministry of National Economy statistics indicates.

According to official data, the four and five-star rated hotels occupancy and revenue have indicated high growth rates in first three months this year.

Total revenue for these hotels reached an annual growth rate of 6.8 per cent in the first quarter of 2009, according to official data.